Perth Avenue Co-op is a building in the downtown west end of Toronto. Built in 1986, it has a single tower with eight stories and 102 units. The building joined the Zero Waste High-Rise Project in Fall 2019. 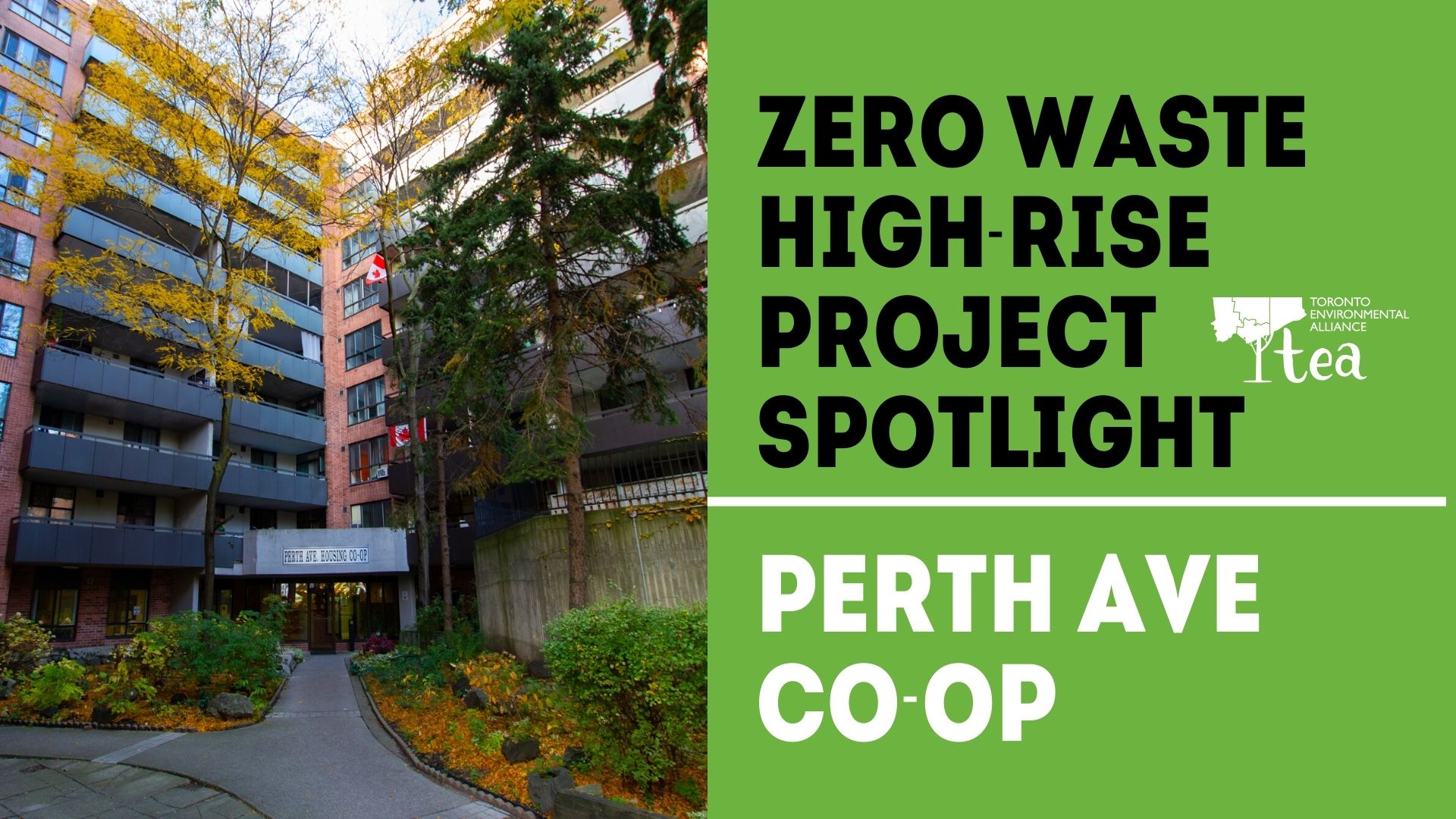 The building team: The project building team is led by the resident Green Committee, with active support and participation by building staff.

Perth Co-op is a leading building when it comes to addressing waste, and communicating with residents is key to their success. The Green Committee uses positive messages to motivate residents and celebrate the building's progress towards reducing waste.

Perth Co-op's Green Committee has built a strong foundation of waste education for residents over a number of years. The Committee refreshes City-provided signs and posters in all chute rooms and common areas and maintains a central ‘library’ of recycling and organics guides in multiple languages.

Custom signs with a positive tone

In the last year, Perth’s Green Committee has added new custom posters and signs throughout their building to address specific issues. When creating these posters, the team has been very focused on using positive, solution-oriented messages and avoiding negative, problem-focused ones.

As Vera, a Green Committee member explains, it can be much easier to motivate people by focusing on solutions: “... in our daily lives, we have so many obligations...It doesn't work to keep having people tell you you're doing this wrong”. In contrast, “positive messaging is more of an invitation.”

One rule of thumb that Vera uses is to spend only 10% of the time defining the problem, then use the rest of the space to invite people to be part of the solution.

Vera explains that the Green Committee chose a positive tone to invite all residents to feel part of the solution.

“So let's say we are not sorting properly, we're having lots of contamination. So you say ‘this continues to be a challenge for our building’ and you move on to the solution. 'What can we do about it?' And that is where also people begin to open up. If you spend a lot of time and use a lot of that negative language, people will also get tired. They don't want to think always...about what they're doing wrong.”

The Co-op office wanted the Green Committee to help inform residents about the cost of garbage disposal each year to encourage reduction. The co-op has City of Toronto waste service and only pays for garbage collection (recycling and organics are collected free). This means the monthly waste bills will decrease when the building reduces garbage.

Vera explains the approach they took:

“Instead of making a postering campaign that says, ‘we pay so much in extra waste’, we thought: let's try to show improvement. So what we started to do is track the amount of money that it would cost us every month. And then we put that on a thermometer for 2018 and 2019 based on a dollar scale. And then we started to track how much the costs are decreasing this year.”

This thermometer display shows that the residents are reducing garbage fees and that the community efforts are working. This direct feedback and celebration of progress is motivating for residents, building staff, and the Green Committee to keep going. 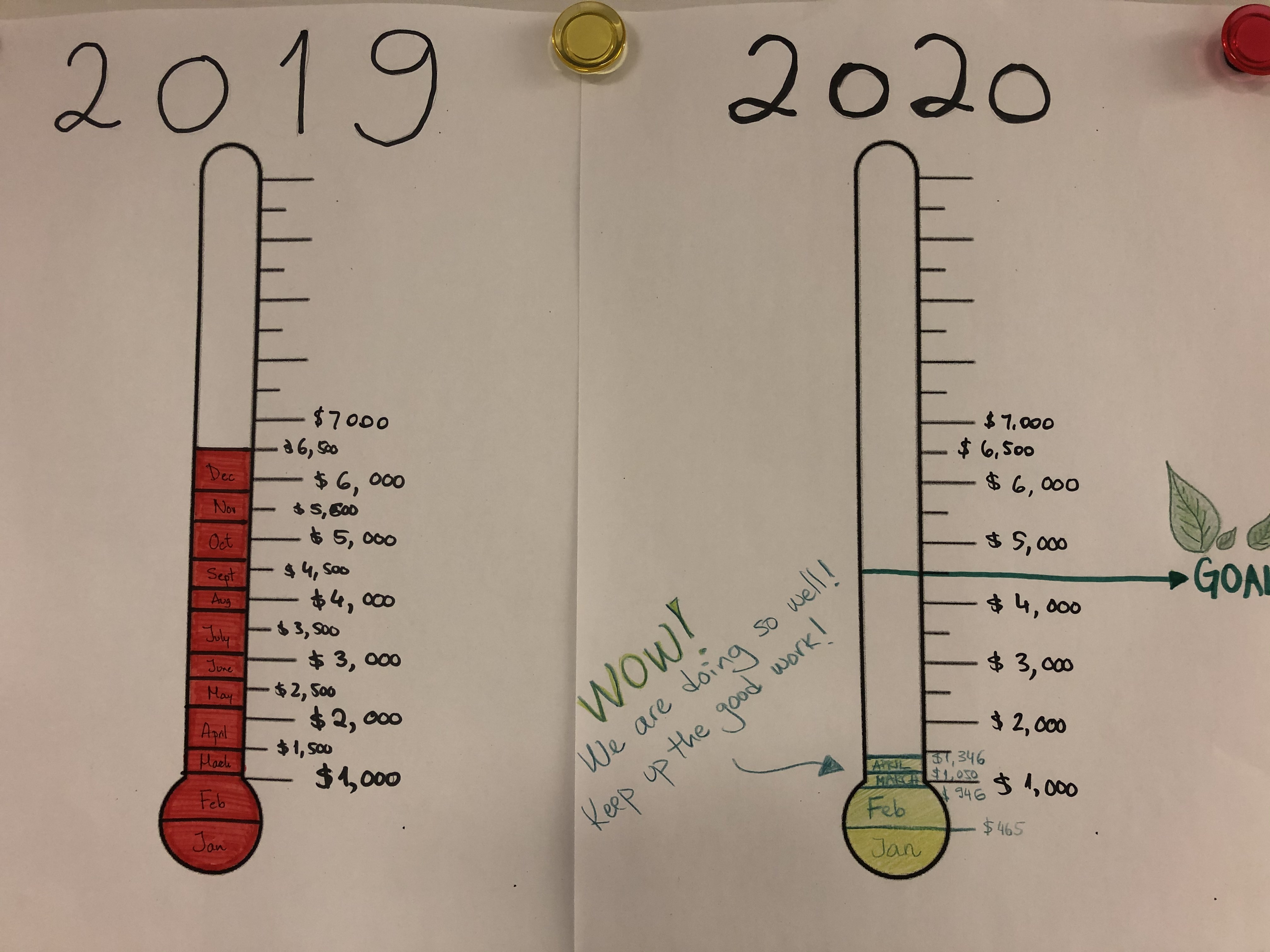 The Co-op is on track to beating their goal of reducing garbage costs by 30% in 2020!

The “Less to Landfill” campaign also allows the Green Committee to tie in other waste-related messages to the shared goal of reducing waste sent to landfill - such as sorting food scraps and recycling correctly.

For example, staff noticed that because of COVID-19, residents are getting more deliveries and putting more cardboard into the already full recycling bins. The Green Committee created friendly, upbeat posters to remind residents to break down cardboard boxes to ensure there is enough space for all resident's recyclables. The posters invite residents to be part of a “Less to Landfill” solution. 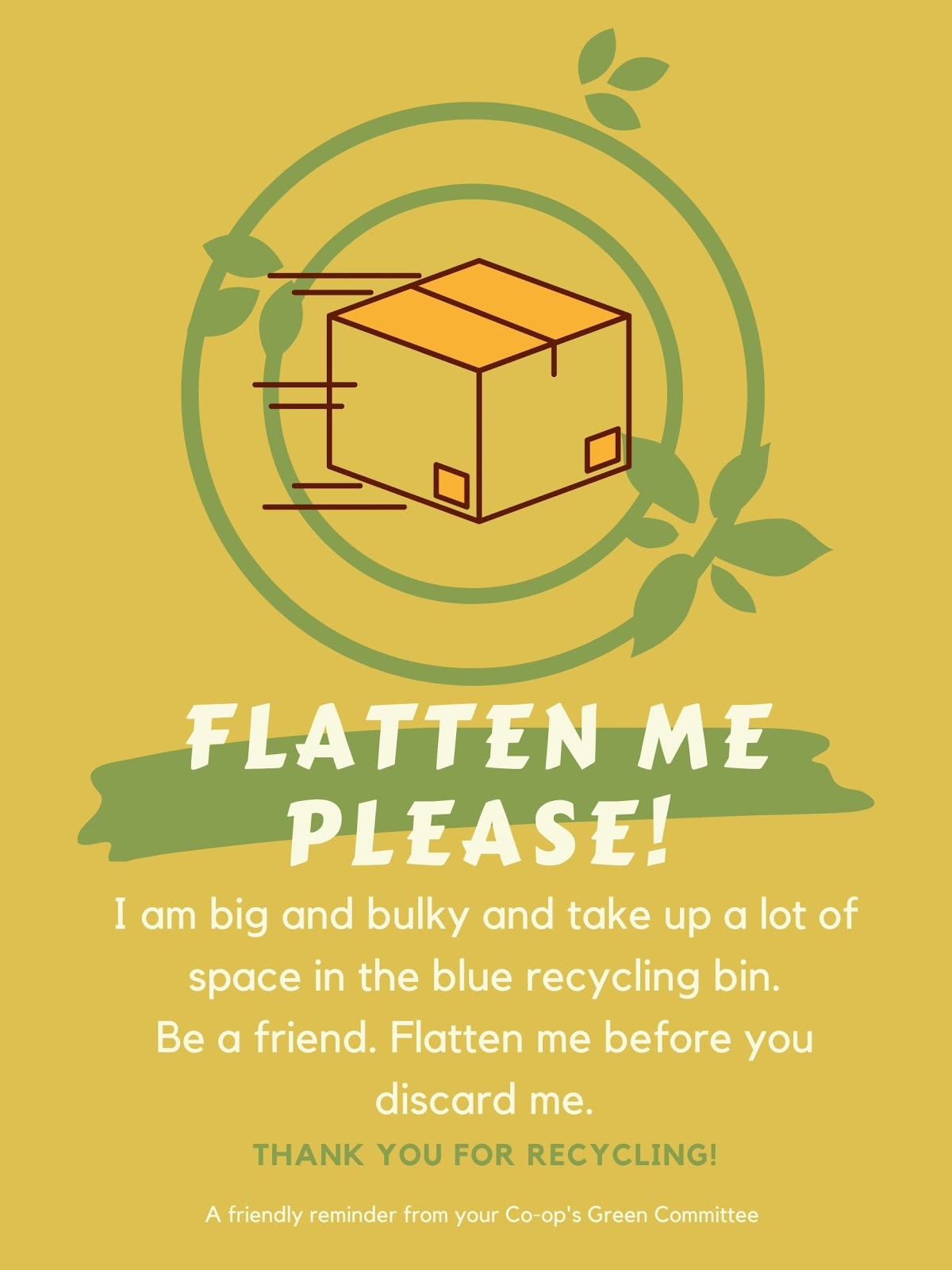 Residents and staff have responded well to the positive messages and the motivating Less to Landfill challenge. The Green Committee’s efforts, combined with staff's new procedures - such as locking outdoor garbage bins on weekends to prevent illegal dumping - have resulted in reduced garbage and costs. Most importantly, Perth Co-op has been able to celebrate improvement as a community. 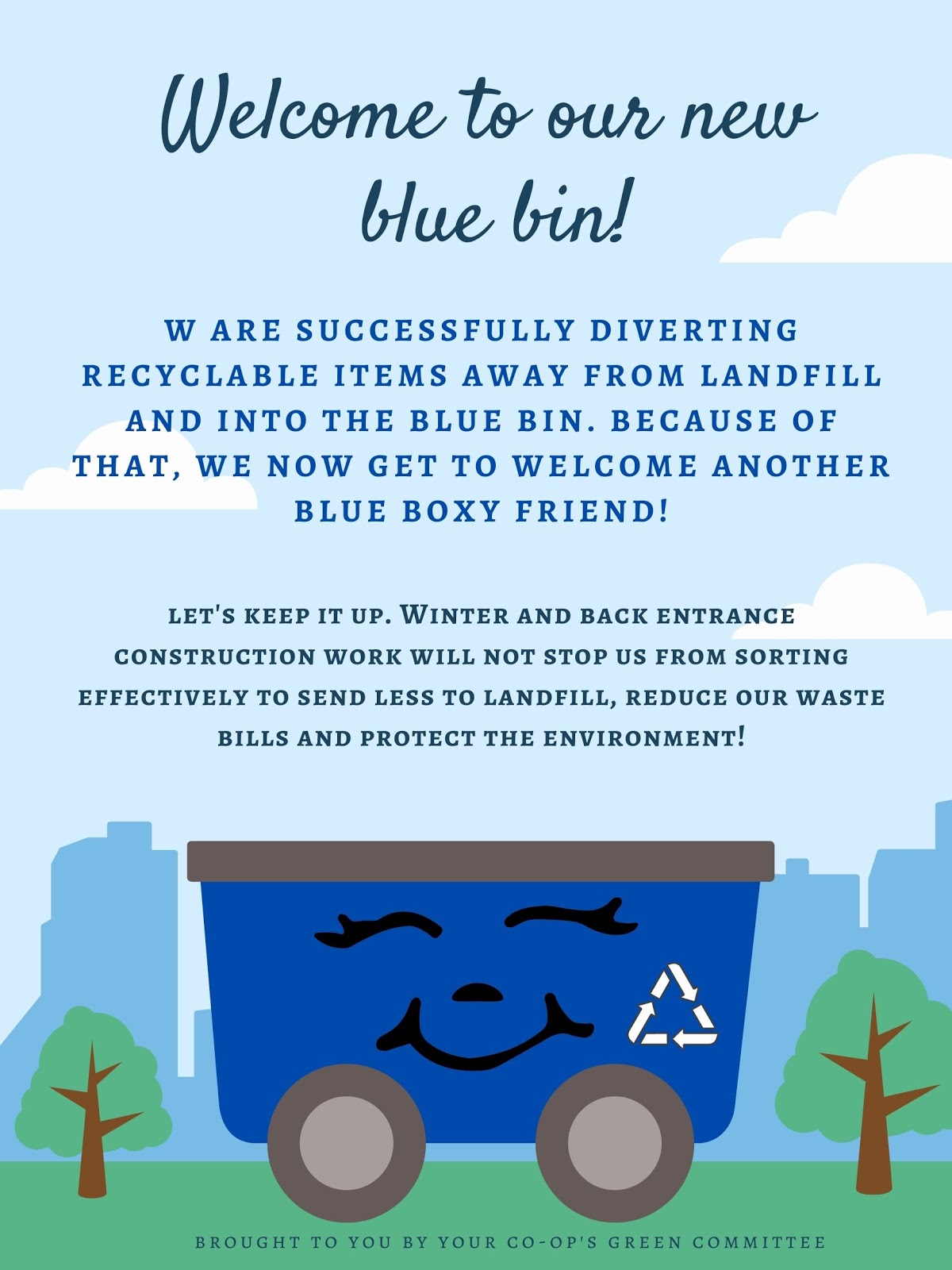 The Green Committee celebrated the addition of a fifth recycling bin to the building - evidence that the community is recycling more.

How they did it: