2017 Greener City for All Award: Mayfair on the Green

For TEA's 30th anniversary, we wanted to celebrate all that we've achieved, all that we're working towards, and the amazing community partners that are helping to build a Greener City for All.

Our first ever 'Greener City for All' award was created to celebrate the amazing success and work of community partners and individuals that are creating a greener and more equitable city.

430 Mayfair on the Green

Since 2015, we’ve got to know the staff and residents of Mayfair on the Green in Scarborough, including superintendent Princely and condo board president Sriram. We thought our 30th anniversary party was the perfect time to recognize their environmental leadership. 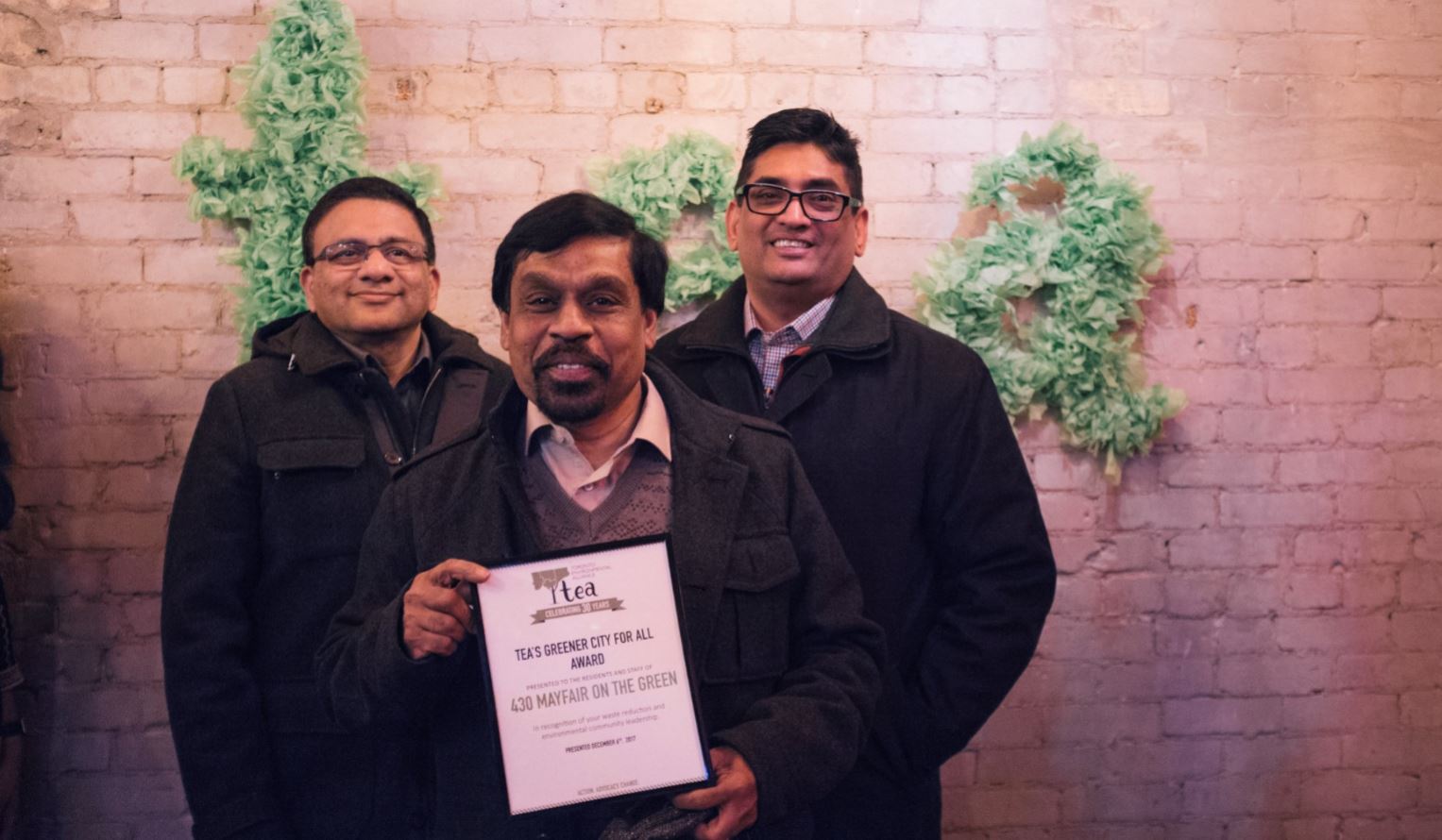 Located in the Malvern neighbourhood of Scarborough, this high-rise is showing how zero waste is possible: with over 1000 residents, they generate less than one dumpster of garbage per month!

They've opened their doors to the media, to TEA, to residents and staff from other buildings across the city to share what they've learned and to help others start the zero waste journey. Their amazing success is an inspiration.

Watch the video profile of 430 Mayfair on the Green:

The award was presented by TEA’s Waste Campaigner Emily Alfred and Board President Walied Khogali. 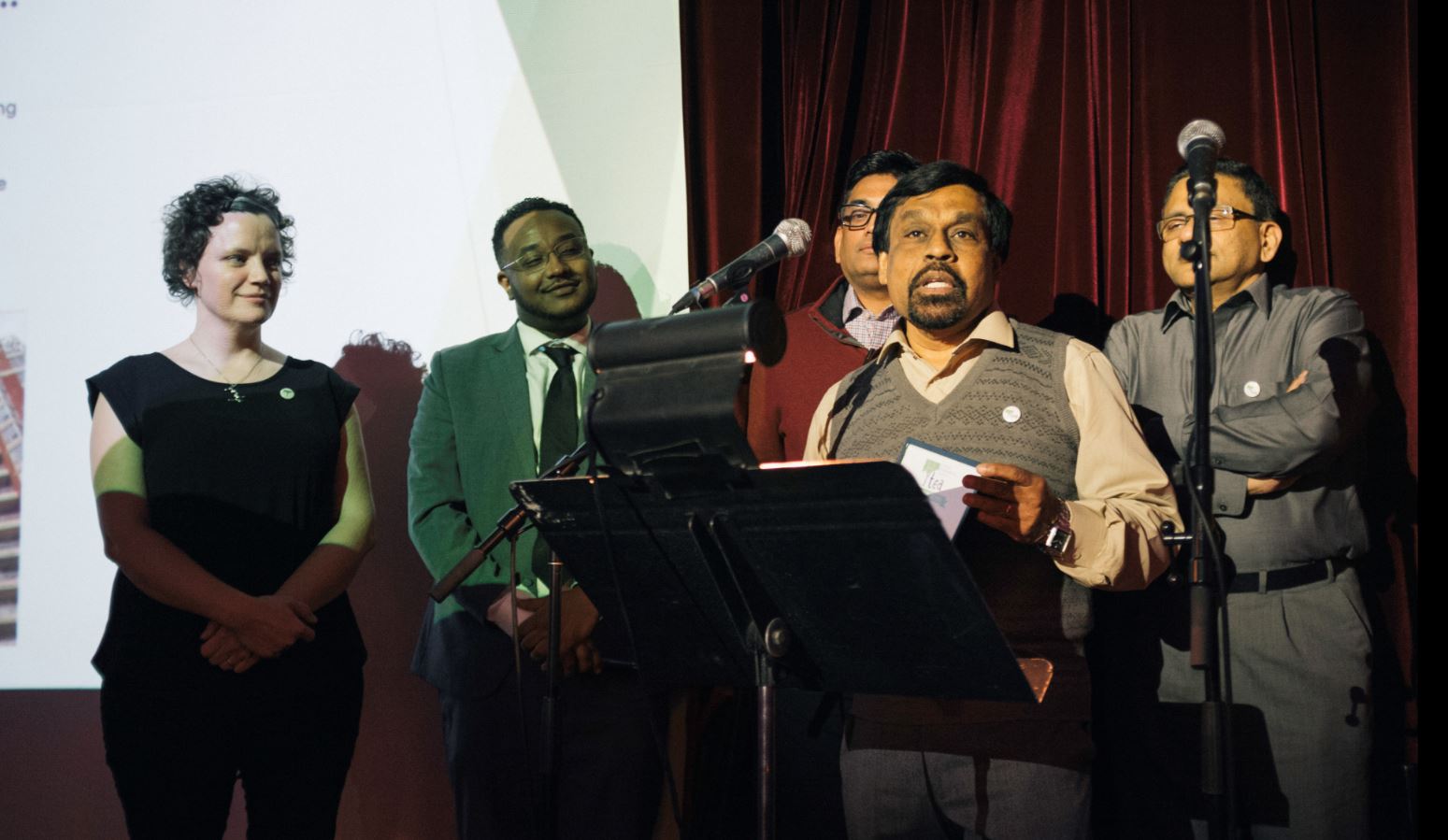 The award was presented after former Toronto mayor David Miller spoke. His speech was about the importance of environmental advocacy and community action. He also spoke about how inspired he was by the Mayfair staff and residents he had just met that evening.

We screened our viral Mayfair video profile to great applause. In her remarks on stage to present the award, Emily said: “Their story is an absolute inspiration to Toronto, and to the world, on what people can achieve...they've proved the waste experts wrong."

The team from Mayfair spoke about their key motivation, protecting our environment for future generations. They received a standing ovation - no one could deny that they stole the show!

On December 4, 2018, TEA will announce the recipient of the 2nd annual Greener City for All Award. (BUY TICKETS)