Posted by TEA Staff 69sc on

It’s rare that Torontonians get a chance to help set the environmental future of our city and the region surrounding Toronto. But you have until May 28th to make a difference. That’s the day the Province will stop accepting public comments on how it should change four pieces of legislation that have a huge impact on the environment. TEA just launched a letter-writing action to encourage the public to comment. 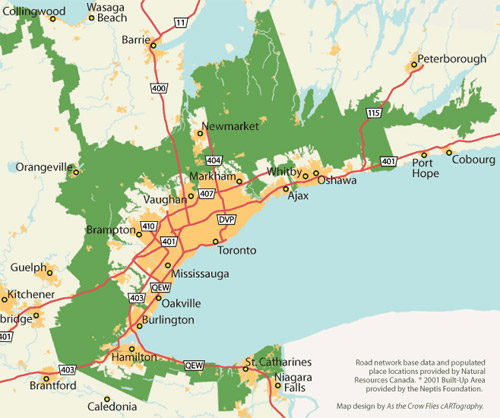 This public commentary is part of a review launched on February 28th, the 10th anniversary of our world-famous Greenbelt. The review will determine the future of natural areas (including the Greenbelt) and whether we build cities that are smart, reduce our the greenhouse gas pollution, curb urban sprawl, and are resilient to climate change. Part 1 of the review involved Town Hall meetings that made it clear to us the Province actually cares about what the public is saying.

Not surprisingly, TEA has been very active in the review so far. We promoted the Town Hall meetings in Toronto and helped prepare our supporters who attended. We’ve also identified threats facing the Greenbelt (an important source of local food, fresh air and clean water) that must be addressed through this review.

Any changes the Province makes will be influenced by what they hear from the public.

We need your voice to send a clear signal to the Province that we want improvements to laws that protect our environment. Specifically: