Threats to the Greenbelt

The Province of Ontario will soon launch a review of Ontario's world-famous Greenbelt. As we prepare for the review, it's important to focus on the biggest threats to the Greenbelt and make sure they are addressed.

In December 2014, the Ontario Greenbelt Alliance released Ontario's Greenbelt Under Threat. Below is a summary of the key points.

Threat 1: Infrastructure Development on the Greenbelt

Currently, the Province has plans to build mega-highways through the Greenbelt. There are also calls to add new new sewers, water and energy pipes as well as industrial infrastructure. Bottom line: new infrastructure could eliminate thousands of hectares of land currently used for farming, recreation and ecological services.

The Solution: Invest in regional rapid transit and make the Greenbelt a "no go" zone for any infrastructure that leads to more urban sprawl. 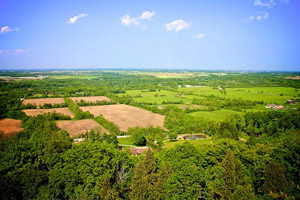 Threat 2: Allowing the Wrong Development onto the Greenbelt

Some developers and municipalities want to take lands from the Greenbelt and put 1950's style sprawl development on these precious lands. Not only would this destroy productive farmland and forests, it would lead to the wrong type of development that causes climate change, air pollution and contamination to our land and water.

The Solution: Support healthy and compact communities and make sure municipalities comply with the Greenbelt Plan.

Too often, contaminated soil and fill dug from industrial sites and construction projects are dumped on Greenbelt land. The result is that contaminated soil pollutes the rivers that supply us with our drinking water and the land farmers use to grow the food we eat. This harms human and environmental health. 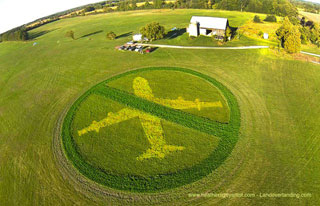 The Federal Government has announced plans to build a new and unnecessary airport on Greenbelt land. The plan also calls for new industries to be located on precious farmlands and forests. Combined, these proposed uses could eliminate almost 8,000 hectares of important Greenbelt land. And, it would mean much more noise and air pollution.