On a cold January evening, TEA and ClimateFast hosted over 50 people from every district in the city to learn how to advocate on the City Budget process. Together, we’re working to ensure Toronto invests in the TransformTO climate plan! 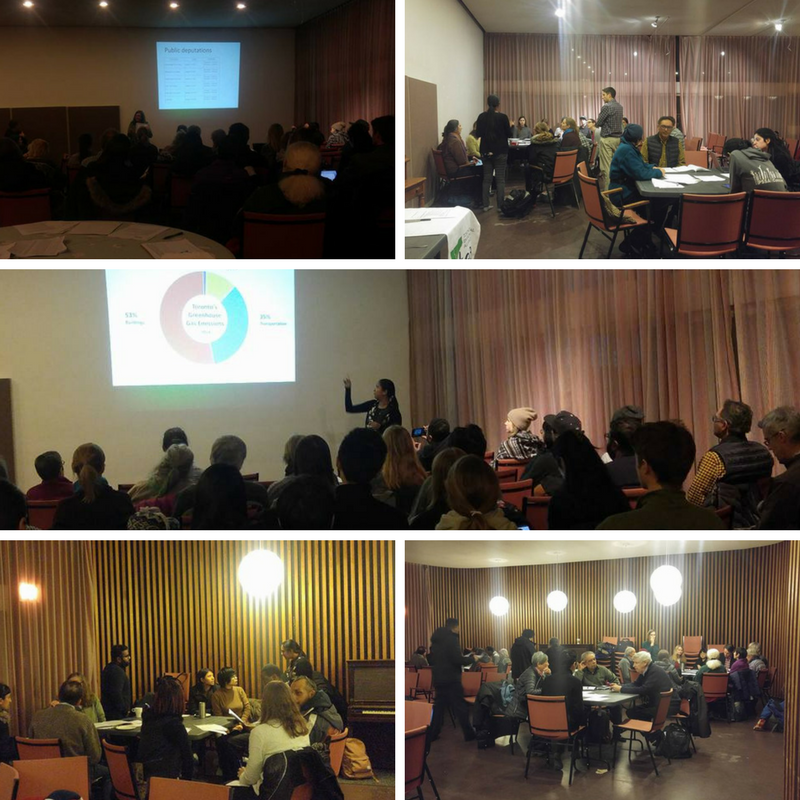 To help those who couldn't attend, we've compiled some of the resources we shared. If you have any additional questions or resources to share, please get in touch.

All City Council and Committee meetings - including any meetings with public deputations - are recorded and streamed live at the City Council’s YouTube Channel and videos are made available afterwards.

Below are a few clips of deputations made at the May 2017 Parks and Environment Committee. Deputations were made after the final TransformTO report was released and ahead of the vote on the plan at City Council.

Have an example of a deputation you gave that you’d be willing to share? Email tea@torontoenvironment.org.

Other ways to act