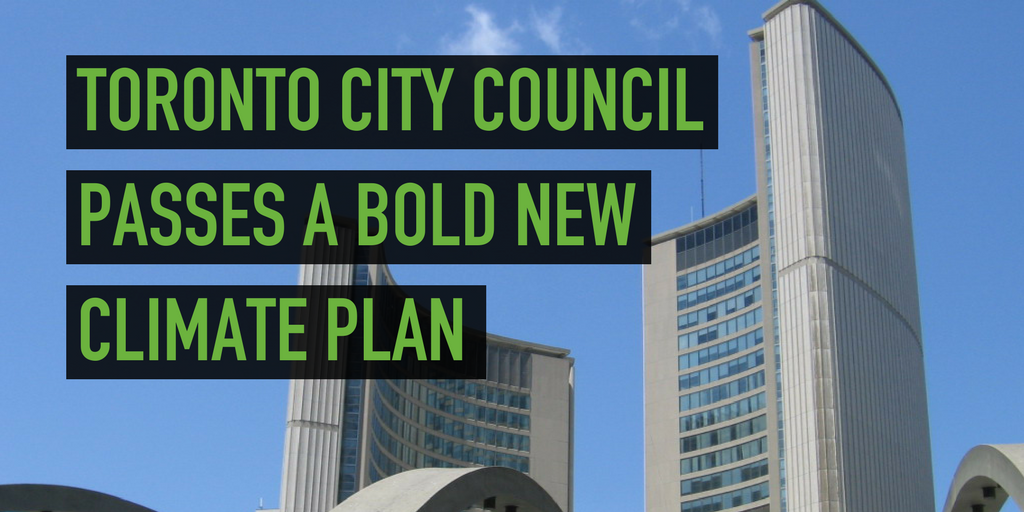 With the growing impacts of climate change being felt around the world, cities are stepping forward to lead the fight against climate change. By unanimously passing TransformTO, Toronto City Council is showing it’s serious about fighting climate change and ensuring the actions that we take will help us to make progress on other city priorities.

The TransformTO 2050 plan will offer much needed benefits to all Torontonians including job creation, poverty reduction, and improvements to social housing and public health. Here are some of the concrete actions that will result in community benefits:

While we’re taking a moment to celebrate this huge win for Toronto and all the steps along the way, we know our work is far from finished.

To reap the many benefits TransformTO has to offer, Toronto needs to secure the funds to implement all of the actions in this integrated two-part plan. Like the legs of a stool, if we secure only some climate actions and remove others, the climate plan could easily topple.

In 2018 alone, there are 23 TransformTO actions that must move forward at a cost of $6.7 million. While this amount is a drop in a bucket compared to the $3.5 billion to refurbish the Gardiner, some Councillors and the Mayor have warned that they plan to ‘prioritize’ which climate actions are funded in the 2018 Budget.

We will be gearing up before the budget to make sure the money is there to begin building a greener and more prosperous city.

Join us. Subscribe here for updates on TEA’s campaigns and issues, including local climate action.