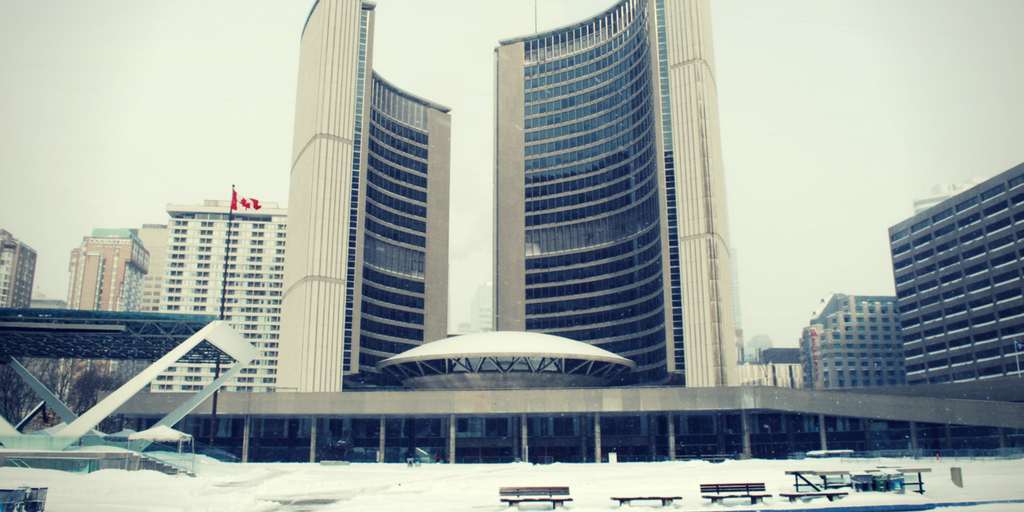 Leading up to the decision making moments on how City Council would raise new money to balance our budgets, TEA joined the Our Hydro coalition to stop the sell-off of Toronto Hydro.  Instead of selling shares to make a quick buck, Council recognized the money-making potential of this publicly-owned asset and voted to make a large ‘equity contribution’ to Toronto Hydro instead! This was a major victory for the coalition partners and all of Toronto!

Road tolls and other tools may fund Toronto’s future

TEA and a number of other groups jointly signed an open letter to Council to show support for the suite of revenue tools proposed by the City Manager to make it clear that road tolls on their own are not enough to tackle our city’s greatest challenges (like poverty and climate change). Council spent an entire day debating the financial future of the city and whether City Hall will have the money they need to build the city they want.

The greatest focus was on road tolls, which in the end received majority support from Council, but there were a number of contentious votes to explore additional tax options as well. Hotel and short-term rental taxes were approved with Mayor Tory’s support and graduated property and vehicle taxes were voted down. What’s perhaps most interesting is that a slim majority of Councillors (sans Mayor) won votes to consult with the public on options like taxing income, parking lots, retail sales and alcohol - choosing to discuss the options with the public before deciding for or against these funding options.

You can learn more about the City’s financial consultation plan at http://www.investinginto.ca/

In a late night vote at the end of their 3-day meeting, Council quietly adopted a new plan for reducing greenhouse gases by 2020.  The TransformTO plan Climate Action for a Healthy Equitable, and Prosperous Toronto includes various strategies the city must act upon to meet its 2020 targets. Upon special request at Parks & Environment Committee, with TEA’s vocal support, business cases were released for the 2020 climate strategies that demonstrate how much ‘bang for buck’ Toronto can gain from investing roughly $23 million. For crucial actions to get moving in 2017, a smaller investment of $1.6 million would do the trick. With encouragement from TEA, a motion by Councillor Layton asked the Budget Committee to consider finding funds for the plan as part of the 2017 budget process.  While the motion was supported by a majority of Council, the Mayor voted against it. TEA drew attention to Tory’s vote with a press release the very next morning because his lack of support for a well-funded plan could stall action on climate change.

City hiring a Chief Resiliency Officer without a budget

Toronto just became the 100th city to join the worldwide Resilient Cities Network. The City got Rockefeller Foundation money to hire a Chief Resiliency Officer for 2 years to figure out how to create a resilient city (code for preparing for the shocks and stresses of climate change). Despite some inexplicable resistance at Executive Committee, Councillor Ainslie won a motion that commits the City to consider making the Chief Resiliency Officer position permanent once the funding dries up. TEA commends Councillor Ainslie for acknowledging the importance of resiliency planning and the need for all City departments to work collaboratively to respond to large scale urban challenges like climate change.

Despite putting up a job posting for a resiliency chief, City Council failed to do anything to respond to the immediate financial concerns raised by staff who wrote the Resilient City - Preparing for a Changing Climate report. Pressure to cut budgets across the board resulted in a ‘next steps’ report that highlights the urgent need to invest more money to prepare for climate change but doesn’t actually ask for any money. Given that the 2013 flood and ice storm cost Torontonians over $1.2 billion and there’s no way to predict when the next extreme weather event will hit us, it would make sense to start investing money in 2017.  Instead, they’ve got their fingers crossed for good weather and hope that major dollars will start to flow in 2018.

Toronto’s Poverty Reduction Strategy progress report and plan for 2017 included an exciting proposal to develop a Fair Pass Program to help low income Torontonians access public transit services. A number of groups deputed at Executive Committee to show support including Social Planning Toronto and TTCriders. While Council’s vote to consider a transit fare equity program is a major step forward for our city, advocates must remain watchful and vocal because a decision to launch a low-income pass depends on dedicated funding in the 2018 budget and a phased-in approach beyond 2020.

Building more space to get organics out of landfill

This Council meeting included voting on the budget for Solid Waste Management Services, which sets the charges (rate) for waste collection in 2017 and helps the division prioritize future work. The good news is that the Long Term Waste Strategy activities for 2017 are fully funded, but Councillors only raised the waste rate by 2% for single family homes rather than the recommended 5.2%. This lower rate isn’t sustainable since it means the waste department is putting less money in the savings account to pay for major capital projects. Council rejected the idea of charging residents a ‘downsize’ fee when switching to smaller bin (residents only pay to 'upsize') as a way to reward residents for waste diversion.

TEA deputed at Budget Committee (& wrote to the Executive Committee) to remind Councillors of their commitments in the Long Term Waste Strategy and worked with Councillor Layton to identify financial opportunities that leverage the environmental benefits of organic waste collection and biogas production. With the ‘green gold’ business case in front of Council, and ever more people using the Green Bin, it seems clear that we need to start building more organics facilities and fast. With a motion put forward by Layton, Council voted in favour of exploring opportunities for the City to build a third composting facility sooner than planned and report these findings to Budget Committee by mid-2017 to inform next year’s budget.

Another ‘rate-based’ budget voted on at Council was the Toronto Water budget. The water department sets the cost of water supply, but it also provides many services like water purification, sewage treatment and industrial pollution prevention. In what has become an annual tradition, TEA deputed at Budget Committee and Councillor Layton once again tried to hold companies accountable for the full cleanup costs of wastewater pollution rather than ask residents and competing businesses to pay the $1.6 million dollar bill. Despite the split vote and failure to pass the motion, Budget Chair Gary Crawford reminded Council that another staff report on the subject will be coming out this spring so the opportunity to decide on full cost recovery is “still in play”. The Council debate about ‘subsidies for polluters’ got picked up in Torontoist with quotes from TEA and industry representatives.

People in Toronto are quite proud of our tree canopy and want to see it protected and growing every year. Due to an increase in tree by-law exemption requests (someone wanting to cut down a tree) and a lot more complaints about people breaking our tree protection laws, City Council has agreed to let Urban Forestry hire some temporary staff to respond to the extra workload, but they will need to report back on their progress by mid-2017.

Councillors switching seats (but not many Chairs)

Since City Council is halfway through their four-year term, it’s due time to switch up the roster of Councillors who serve on various Standing Committees, Boards and Commissions. There have been minimal changes to who Mayor Tory selected for the role of Chair on the key decision-making bodies but one notable change is that Councillor McMahon has been chosen to Chair the Parks and Environment Committee. Check out the detailed list of Councillor appointments to learn more about who sits on which committees.