In this issue, we have some exciting updates about our debate and our nomination as Toronto's Best Enviro Group! And we provide you with the resources you need to help elect a green council.

TEA Mayoral Debate to be televised

Four years ago TEA hosted a mayoral debate which attracted more than 300 environmentally concerned Torontonians. In fact, the debate was so popular that TEA had to turn people away at the door.

We wanted to give more Torontonians the opportunity to hear which mayoral candidate will work to build A Greener City for All. Clearly, our efforts have had an impact because Rogers Cable confirmed they will broadcast our debate live at 7 pm on September 25th. This is fantastic news!

Unfortunately, due to the increased capacity and new technical needs for the broadcast, our costs have gone up, and we’re asking for your help. It’s a small price to pay to find out which candidate is willing to invest in the environment.

TEA is willing to invest in actions required to elect a green council. But the sad reality is that neither foundations nor granting bodies fund election-focused work like ours. That’s why TEA relies on member donations to support and promote our election work. We cannot do this work without your support and commitment.

Your donation today will ensure that we can continue to campaign for A Greener City for All.

While TEA is out every evening talking to Torontonians about the upcoming election and the importance of investing in our environment, we know the best way to get the message out is through supporters like you.

Now, we need your help to get these tools into the hands of your friends and neighbours. Share these resources by email, hand them out to your neighbours, or take the flyers to an all candidates meeting when you attend. Help us spread the message.

Vote for us as 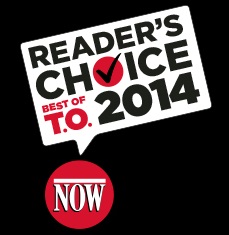 TEA has been nominated by NOW Magazine as one of the best environmental groups in the city!  For 25 years, TEA has campaigned locally to find solutions to Toronto's urban environmental problems. We advocate on behalf of all Torontonians for a green, healthy and equitable city. 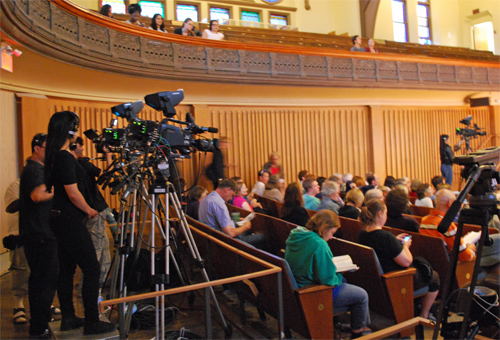 Tune in for candidate and mayoral debates across the city

Trying to keep up with the all the debates happening in the city? Rogers TV is providing coverage of all council candidates debates as well as many of the mayoral debates.