At its July meeting, Toronto City Council voted to take the first critical step to act locally on the global plastics problem. Councillors voted to start a public and stakeholder consultation on what the City can do to reduce single-use packaging and plastics. 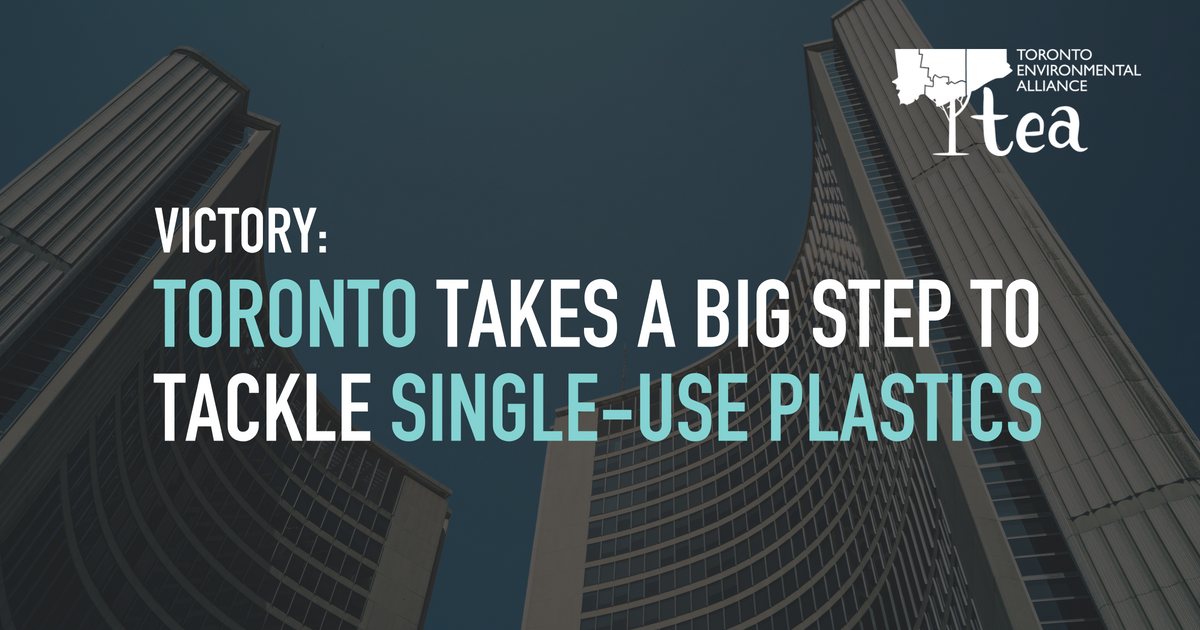 Plastics and single-use packaging are a global problem that needs action by all levels of government. The City is on the front line of dealing with the environmental impacts of plastic pollution and the rising costs of recycling and waste management. We can’t wait for other levels of government to act. We can’t rely on businesses to volunteer to give up problem materials -- we need local regulations urgently.

What happened at Council

At the July Council meeting, Council approved a staff recommendation to consult with the public on new regulations to deal with single-use products. Council also voted for Councillor Jaye Robinson’s amendment to accelerate the timeline, directing staff to complete the consultation in the fall and adding a report back in date in January 2019 - one of the first meetings of the new City Council. 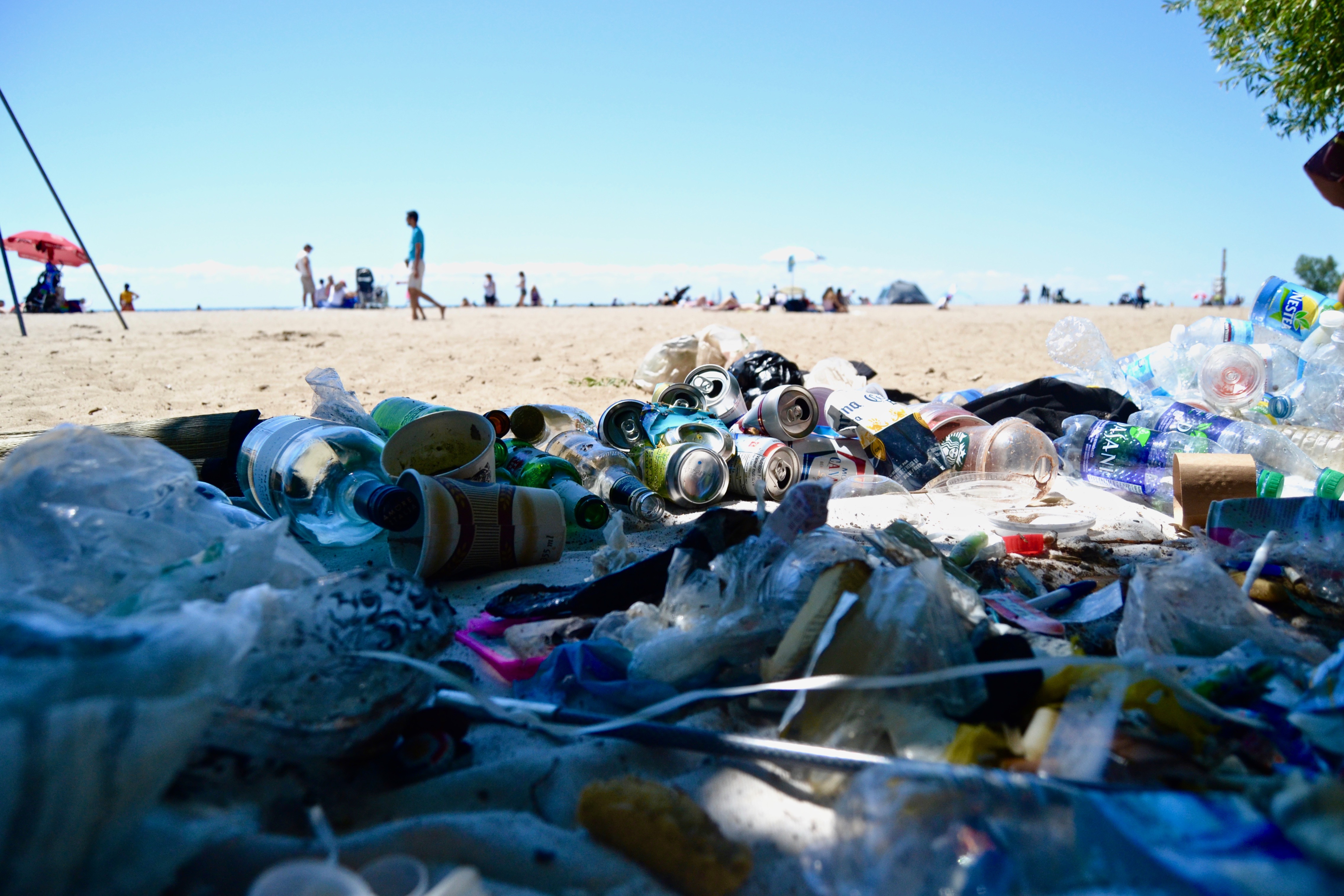 Above: Images of local plastic pollution on Toronto beaches had a big impact on Toronto City Councillors

The consultation will look at problem materials - such as unrecyclable black plastics, straws, and “compostable” plastic substitutes. It will also look at various regulatory and voluntary options to reduce them, including by-laws to restrict or ban their distribution, mandatory fees and mandatory signage in businesses.

This consultation is a very important step. While the City has the power to impose new by-laws and regulations on problem materials, we know that industry and retail associations will raise legal challenges against them. A thorough consultation process can ensure that there aren’t unintended consequences and show that decisions weren’t taken lightly.

The consultation will also be really important to ensure that people in our city who need access to certain items, such as straws for accessibility or health reasons, will be included in the decision making.

Previous efforts by the City of Toronto to pass regulations on waste including coffee cups, and fees or bans on plastic bags drew legal challenges from retail, plastics and other industry associations. Similar regulations have been challenged in other cities. For example, Victoria, BC’s plastic bag ban was challenged in the Provincial Supreme Court by the Canadian Plastic Bag Association, though Victoria’s right to ban plastic bags was upheld by the court.

How did we get here 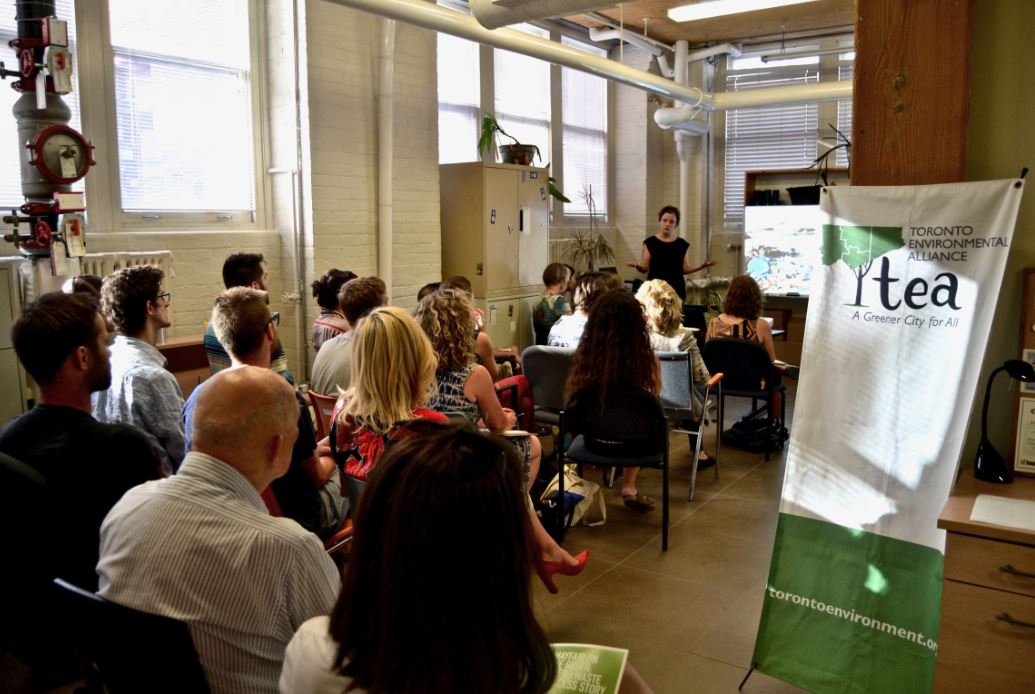 Above: One of two community advocacy trainings

We’re happy with how Council voted, and now we’re getting ready for the next stage: mobilizing the public and businesses to participate in the consultation to show support for reducing waste and addressing plastics!

Council also voted to take action in other ways, and we’ll be monitoring the progress of those actions too. Things like ensuring all city facilities have recycling bins and showing leadership by reducing single-use products at City hall and all city operations.

Emily Alfred is the Waste Campaigner for the Toronto Environmental Alliance.