Toronto is part of a much larger region. Too many people still drive into Toronto or through it because the regional transit system is inadequate. That’s why we need effective transit systems around Toronto to move people in and out of the city.

In early 2013, people living in the GTHA (Toronto, the Greater Toronto Area and Hamilton) started an important discussion about transit expansion and how to pay for it.

TEA is part of a network of groups called Move the GTHA, that resulted from this discussion. These organizations build awareness and engagement to support  investment in our region’s transportation system. TEA has been calling for both capital funding for transit expansion, and funding for transit operations for many years.

TEA continues being active in these discussions because transit is a key tool in reducing air pollution and greenhouse gas emissions. More and better transit across the GTHA means that more people will keep their cars at home and use transit instead, which is better for the environment and our lungs. 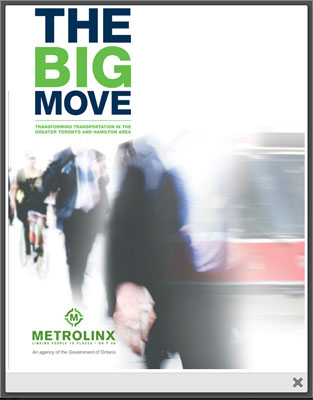 PUBLIC TRANSIT GTHA Metrolinx
Do you like this page?