The Silver Lining to the Gardiner Vote 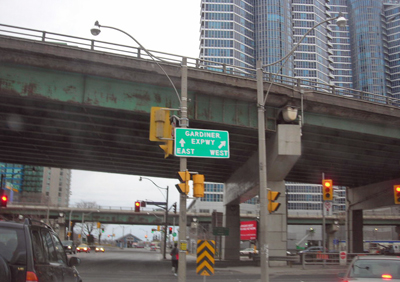 As we noted, we expected City Council to decide based on the evidence which clearly showed the boulevard option was best for the environment, air quality, human health, the economy, taxpayers and for revitalizing the Waterfront. Instead, Council voted 24-21 to rebuild it.

There is one silver lining to this bad decision: Mayor Tory and the 23 Councillors who voted with him were not afraid to invest in public infrastructure. They made it clear they are willing to commit over $400 million in capital costs over the next 10 years and at least another $500 million over the next 100 years to maintain the new Gardiner.

This sort of commitment to long term public investment in infrastructure is exactly what we need to prepare the city for the changing climate that greenhouse gas pollution is causing. It’s also the sort of long term thinking required to move forward with many of the actions TEA identified in our Green Action Agenda during the 2014 Municipal election. Because of the Gardiner vote, Torontonians now have every right to expect the Mayor to champion other long term investments in public infrastructure that must be made as the city prepares for climate change.

Whether this “silver lining” is real or imagined depends on us.

We could conclude the actions of Mayor Tory and the 23 Councillors who supported rebuilding the Gardiner only show they are willing to invest public dollars in infrastructure when it helps the special interests who support them.

Or, we could conclude he is seriously interested in long term public investments.

Now is the time to tell Mayor Tory you applaud his commitment to long term public investment. Urge him to apply this commitment to the big environmental challenges facing Toronto and the planet, not just rebuilding the Gardiner. You can start by signing this letter to him.